Having ranked all the villains previously, it only makes sense for me to look at the other side of that coin, looking at the heroes from the Batman, Batman: The Movie, Batman: Return of the Caped Crusaders, and Batman vs Two-Face.

With my villain rankings I excluded henchmen and molls, similarly here I shall not be, for example, ranking every single police officer, as many were either nameless or appeared once and never again.

So only characters who had significant heroic roles in the series, and not just general townsfolk who in all fairness could be considered neutral until otherwise proven!

So without further ado, here is my ranking of the 10 heroes from Batman with honourable mentions at the end for characters who could be considered heroes in this continuity but that don’t quite fit the criteria for full Batman TV projects. 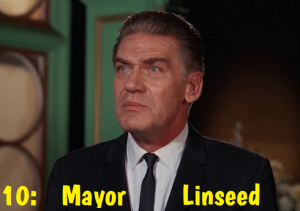 as portrayed by Byron Keith
A perfectly fine character who is present when he needs to be but nothing particular outstanding about him. Favourite moment for me is when he bows to his wife’s commands because “I had no other choice, Mr. Wayne. My wife is such a devoted follower of Miss Clavicle’s Crusade for Women that she refused to cook or clean or wash my shirts until I appointed Miss Clavicle Commissioner of Police. Look, I’ve worn this shirt for a week! I haven’t had a decent meal in months!”.

as portrayed by David Lewis
Warden Crichton, a character who means well, but time after time finds that his more lenient and experimental policies in criminal rehabilitation weren’t quite the right thing in the situation! Despite being an arch criminal with countless attempts on Batman and Robin’s lives and various other heinous crimes, The Joker is let loose early in Season 3 for good behaviour! 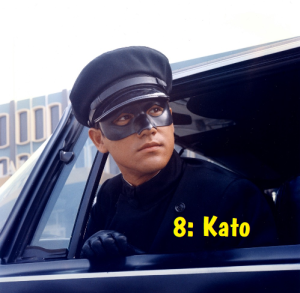 as portrayed by Bruce Lee
We don’t get a lot of content to judge Kato on if we go purely from the context of his Batman appearances, 2 crossover episodes and a window cameo. So going off this content I am ranking Kato at 8. Not as much of a focus as Batman, Robin or even the Green Hornet in terms of dialogue and story. Predictably brilliant in terms of fighting. Kato is good and he knows he’s good, his smug interaction with Batman and Robin is great, “None to smart, for a smart crime fighter”. 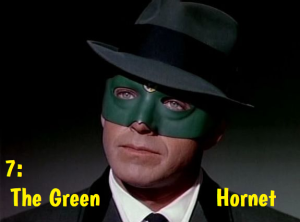 as portrayed by Van Williams
Van Williams as both Britt Reid and Green Hornet gets to play more with duality as we see Britt interact with Bruce as they were friends prior to their “professional” lives. Green Hornet is portrayed differently to Britt, and isn’t simply “Britt in a mask”, whereas it could be argued that was the case with Kato. Britt and Bruce’s playful rivalry over Pinky Pinkston is fun, as is their thinly veiled conversation about whether Batman or the Green Hornet are the superior masked man;

Bruce: “Would you trade places with them?”
Britt: “Well, not with Batman. I wouldn’t be caught dead in that crazy cowl of his” 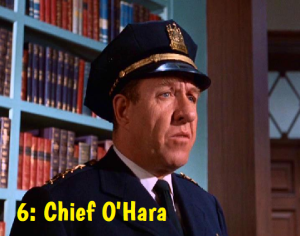 as portrayed by Stafford Repp
Not the sharpest tool in the shed but he tries! Chief O’Hara, Commisioner Gordon’s ever present right-hand man, loyal, dedicated to his job and his boss always ready to go the extra mile. There are many great Chief O’Hara moments, but they are more often than not linked to Commissioner Gordon.

as portrayed by Neil Hamilton
Commissioner Gordon takes a higher spot in this list because he is able to shine on his own as well as with Chief O’Hara. We see Commisioner Gordon, we see him as doting Father to Barbara in Season 3, and also in Season 3 we get to see him brainwashed and giddy with glee at being able to serve The Siren. A character who despite the ridiculousness around him is played absolutely deadpan, a perfect authoritarian figure for Batman to work for and with. 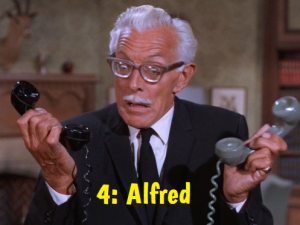 as portrayed by Alan Napier
Alfred, Bruce Wayne’s butler, and the only man to know the secret identities of all those ranked above him in this list. Knowing the identity of Batgirl giving him knowledge not known to Batman and Robin. Alfred was not above getting his hands dirty so to speak and despite supposedly just being the butler, drove the Batmobile, dressed up as Batman, got involved in fight scenes and in some instances was integral to the costumed crimefighters plans. Some of my favourite moments of Alfred’s are in the 3 part story set in Londinium. Amongst other things, we see Alfred helping Barbara Gordon/Batgirl, we see him be more knowledgable than Batman, we see him hold Batman back from violating Batgirl’s secret identity, and we actually see that Alfred is stronger than the dynamic duo as he is the only one able to open the gates of Ffogg place, something Batman and Robin couldn’t do, and Alfred does it with such ease! 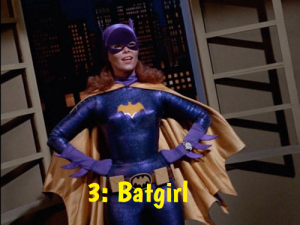 as portrayed by Yvonne Craig
Batgirl, a character introduced into the comics at the suggestion of the producers of the Batman TV show. Unlike Bruce who seems to have his fingers in many pies, we see Barbara hold down a steady job as a Librarian. She is the daughter of the police commissioner, has Alfred as a confidant through a fortunate misunderstanding in her first appearance. Her involvement in fight scenes was limited but graceful and playful when used, such as her ballet style kicks, her whack a mole style attacking with items and being lifted up by Batman and Robin almost like in a dance. Her best episode for me is her first, everything is set up perfectly, we see who she is, what she does, and get a sense of her dual roles. 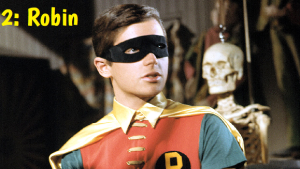 as portrayed by Burt Ward
A Robin that’s so iconic that he’s still mimicked to this day. This interpretation, still by many considered to be the standard bearer for the character is full of enthusiasm, boundless amounts of energy, and with seemingly no end to what he’ll say “Holy” in front of. I have already done a post on 5 significant moments of this Robin here. One not listed on that blog post that is worth checking out is Robin’s and Pussycat’s (Catwoman’s protege) initial interaction where Robin couldn’t be more nervous but is then put under the drug cataphrenic and has his morals and inhibitions turned on their head and Robin becomes almost unstoppable in his evil ways and his rambunctiousness towards Pussycat!

as portrayed by Adam West
Predictable though it is. Number One is Batman. Adam West’s career defining role. Bruce Wayne could not be more suave, Batman could not be more heroic. The delivery of some of the most ridiculous and/or square things ever said on camera just pitched to absolute perfection. Two brilliant moments I suggest checking out are; the bomb scene from the movie and Batman and Bruce Wayne’s conversation with each other with Adam West basically acting with himself on the phone. Batman is often cited by people as being the best superhero because he’s just a man who has trained himself to be the best at everything. Whilst I concur, I believe that Adam West’s interpretation trumps other live action portrayals, because whilst many versions have mastered the intellectual and the physical, this Batman has also mastered being kind, caring and considerate too.

Batman: Season 2 Episode 21: The Impractical Joker (1966)
Howard Duff as Detective Sam Stone (from The Felony Squad)
Although this appearance was actually in an episode of Batman, the extent of the appearance is limited to a window cameo. Granted I have never seen an episode of The Felony Squad, so I can only judge based on what I saw in the window cameo. An understandably brief appearance. There seems to be a mutual respect and knowledge of each others’ work between Batman and Sam here, Sam even ensures Batman that he is not “muscling in” on his territory. Not enough of an appearance to rank but a nice brief cameo.

Legends of the Superheroes is a pair of television specials which included the first live action portrayals of many of the superheroes it featured. Retired Man and Ghetto Man were characters made for these specials.

These characters along with the characters of Batman, Robin and Captain Marvel/Shazam!, who are also featured have all featured in TV shows and movies since! There are a lot of moving pieces in these specials and the settings and story aren’t the best, but everyone in here does feel like a hero.
Whilst in some versions the Huntress character is Batman’s daughter, that doesn’t seem to be the case here.

Crisis on Infinite Earths gave us Ace, The Bat-Hound, unnamed, walked by Dick Grayson, for a period of 12 seconds! Given that this is the only time we’ve ever seen Ace in this continuity there isn’t much more to say!

One thought on “Ranking the Heroes”