Burt Ward was confirmed for CW’s Crisis on Infinite Earths during this year’s San Diego Comic Con back in early July. I wasn’t going to do a blog post about it until we had confirmation on who he was playing as I don’t often like to read or write predictions/conjecture, but this is Burt Ward!

My theory is that Burt Ward is reprising his role as Robin/Dick Grayson in Crisis on Infinite Earths.

Everybody who has been confirmed for the crossover so far has also had their character(s) confirmed with the exceptions of John Wesley Shipp and Burt Ward.

John Wesley Shipp makes sense, he has played three different characters for the CW’s The Flash)

So John Wesley Shipp’s character or characters not being specified at this point makes sense, it leaves some suspense for the fans.

To not confirm Burt Ward’s character for this wide-scale event that as of my writing is bringing together characters from at least 11 confirmed different DC entities (Superman [Reeve/Routh], The Flash [1990], Smallville, Birds of Prey, Arrow, The Flash [2014], Constantine, Supergirl, Legends of Tomorrow, Black Lightning, Batwoman), for this 5 part crossover, seems strange, especially considering that he has only ever played the one DC character, and it is the character he is most associated with.

Marc Guggenheim (showrunner for Crisis on Infinite Earths) said in an interview with Gamespot regarding Burt’s casting,

“It’s a cameo where I’m going to leave [whether or not he’s Dick Grayson] to the audience, but I think you’ll know when you see it … You won’t be wondering.”

To make this statement as a build up to Burt NOT being Dick Grayson would seem like a disappointment.

I may be wrong but with various hoops they seem to have to jump through and various things they are allowed to do and aren’t allowed to do, I wonder if we’ll hear or see the word “Richard” or “Dick” or “Grayson” but maybe not Robin. Perhaps we could see Burt at the Commissioner’s desk with a plaque reading “Commissioner Grayson”, that way nothing needs to be said but we get a nice little epilogue for a show that ended 51 years ago and 40 years since we last saw Burt as Dick Grayson in Live Action. This way as well, we see that Dick Grayson’s fight for Justice carried on well after the last time we saw him.

Brandon Routh’s Superman appearance in this upcoming crossover seems to hold enough headaches in terms of what is and isn’t allowed, so Burt as Robin may be akin to this.

Brandon Routh portrayed Superman in Superman Returns in 2006, this film was meant as a continuation to Superman: The Movie and Superman II, whilst ignoring Superman III and IV. So in essence Brandon Routh’s Superman is Christopher Reeve’s Superman. However the team behind Crisis is not allowed to use the Superman Returns costume or even the Superman theme by John Williams which was used to accompany Christopher and Brandon’s interpretation(s) of the character. This is within the same overall company of Warner Bros.

Batman’s legal and distribution history may have complicated the matter as to whether Burt is Robin or not and how much/how definitively that can be shown/acknowledged.

The Batman TV Show has had the following companies involved at some point and to some extent during its history;

Given that we have various Bat-actors in this upcoming crossover

it would be the cherry on top to have the last remaining hero from the Batman TV show be the same character again. 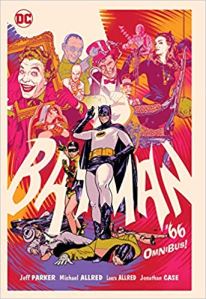 I know not everything can be acknowledged, and this is why I initially didn’t want to do a speculative post, as one, all, or none of my theories/questions will get answered when the crossover comes around.

Leaked set photos show Burt Ward wearing a sweater with the colours of his original costume. Though not confirmation of character, it is an interesting choice. Especially interesting as Burt appears to be wearing the clothes he is wearing here;

A strange, obscure reference, could he be playing himself in Crisis on Infinite Earths? I doubt it, but the people behind the shows have been referenced in Arrow before. For instance Producer Marc Guggenheim was shown to be an in inmate at Arkham Asylum in last year’s crossover as indicated by the door in the Asylum reading Guggenheim M. 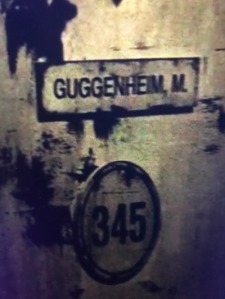 The leaked photos show Burt walking with a dog. Burt in his everyday life runs Gentle Giants Rescue and Adoptions and manufactures dog food, so this could simply be one of Burt’s dogs. However, in Batman Beyond the cartoon series, Batman has a dog by the name of Ace. This could be a nice nod to the older Bruce Wayne through the older Dick Grayson.

With Kevin Conroy, the voice of Bruce Wayne/Batman in Batman Beyond being confirmed for Crisis on Infinite Earths, this adds a bit of weight to the Ace theory as Kevin may well appear with an Ace of his own.

Batman 66 has been referenced previously in Arrowverse shows;

In last year’s “Elseworlds” crossover between, Arrow, The Flash and Supergirl, the 2nd episode (Arrow’s episode) featured Kara Danvers in Wayne Enterprises building with Kate Kane, with Bruce’s posessions appearing scattered in boxes, one of these boxes had a Shakespeare bust, a reference to the Shakespeare bust which Batman and Robin used to open the bookcase to reveal the batpoles in the TV Show. 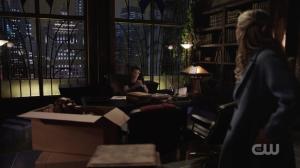 In an episode of Legends of Tomorrow (Season 3 Episode 1: Aruba-Con), Captain of the waverider ship Sara Lance/White Canary says “Engines to power, turbines to speed” as they are about to set off in the Waverider. This being a reference to Robin saying “Atomic batteries to power, turbines to speed” before he and Batman would set off in the Batmobile.

The 5-part crossover airs on The CW in America on

Burt Ward’s appearance was confirmed on the Batwoman panel at San Diego Comic Con and he was apparently spotted on set during the filming for the Supergirl episode of the crossover, so my theories and questions will theoretically be answered by the 11th December, if not, I should be proven right or wrong and have questions answered by 15th January. Either way I look forward to seeing this crossover and Burt’s involvement in it however big or small.

I won’t go into full details here, but doing this blog post has felt good as due to a difficult year medically I have not been in a place physically or mentally to put the effort into a blog post for a long time.

One thought on “Burt In Crisis!”